Travis County ArchivesHistory of the Parks

About the Online Exhibit

This online exhibit takes a look into our county parks, including their unique histories and individual characteristics. Divided into seven navigable sections, the exhibit provides multiple ways to explore the history of the parks. For example, view the eight new videos on the parks, scroll though the timeline of the parks system, or learn about each park through individual park pages.

The seven videos below were produced to share the unique histories and stories behind the Travis County parks. Click on the links below to watch the videos in a modal window.

Hamilton Pool Preserve is one of the top swimming holes in the country. Before it became a public park, however, it belonged to the Reimers family. Watch the video to find out how the Reimers family discovered the grotto, how Hamilton Pool became part of Travis County’s park system, and how conservation became its driving mission. Drone footage by Russell Hughes of Staplehawk Productions.

Travis County Park Rangers patrol 14,500 acres of park and preserve land. They not only present public programs, but they also enforce state and county laws, perform Emergency Medical Technician duties as necessary, and respond to emergencies. In this video, park rangers share their stories.

Richard Moya was the first Mexican-American elected to a public office in Travis County. The park named after him is now a popular gathering place for families in Precinct 4. It’s also home to Moore’s Crossing.

The Austin-area is in the heart of what’s known as Flash Flood Alley. Flooding over the years has had some devastating impacts on our community. Learn about floods’ impacts on Travis County Parks and efforts underway to mitigate flooding.

There are many movies, commercials, and TV shows that were filmed at Travis County parks. How many of these have you seen? 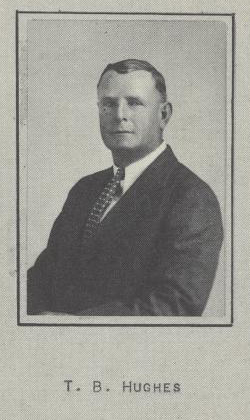 The county park system has evolved over the decades, both growing in size and changing in character. It initially consisted of small parks, many of which were lakefront properties deeded to Travis County as parkland in exchange for the building of a road to the new park and the donor’s nearby property. The first parks to be deeded to Travis County were the Hughes parks (Selma Hughes, Tom Hughes, and Fritz Hughes) and Mary Quinlan Park, all of which became property of Travis County in 1939. At the time, there was no dedicated county parks department, so management of the parklands was the responsibility of the Commissioners Court.

By the 1980s, Travis County had acquired a several larger parks of its own, including Webberville Park in 1978 and Hamilton Pool in 1985. In response to this increase in parkland ownership and management, Travis County established a Parks Department separate from Road & Bridge in 1986. In 1991, Parks Department was reorganized and consolidated with the Public Improvement and Transportation Division, later known as Transportation and Natural Resources, an organizational structure that exists today.

An emphasis on providing water-related recreational opportunities at county parks continued through the 1990s. In the latter part of the decade, however, the county started developing metropolitan parks that are primarily facility-based: they have major sports complexes and special use facilities such as skateboard parks and BMX tracks as their main attractions. By locating them near high growth areas – Pflugerville, Manor, and Del Valle – Travis County Parks established a greater presence in eastern Travis County. 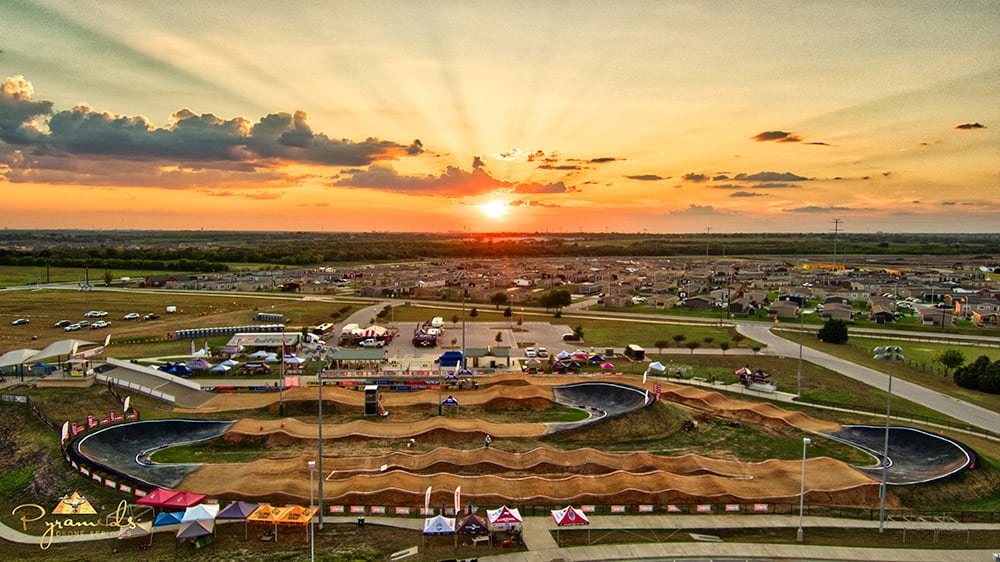 Most recently, Travis County Parks has renewed its focus on natural resource-based recreation. In 2005, with voter-approved bond funds, the county initiated development of river and creek corridors throughout the county, a commitment supported by the successful passage of the 2011 bond program. Reimers Ranch was purchased in 2005 and 2011, as were areas along Onion Creek, Wilbarger Creek, and Gilleland Creek in 2011. The Park Forestry Program was initiated in 2014 to manage trees and forests in Travis County parks. The Park Land Management Program was established in 2015 to manage flood buy-out properties, the acquisition of land for the building of greenways and trails, and natural resource support on all park properties. 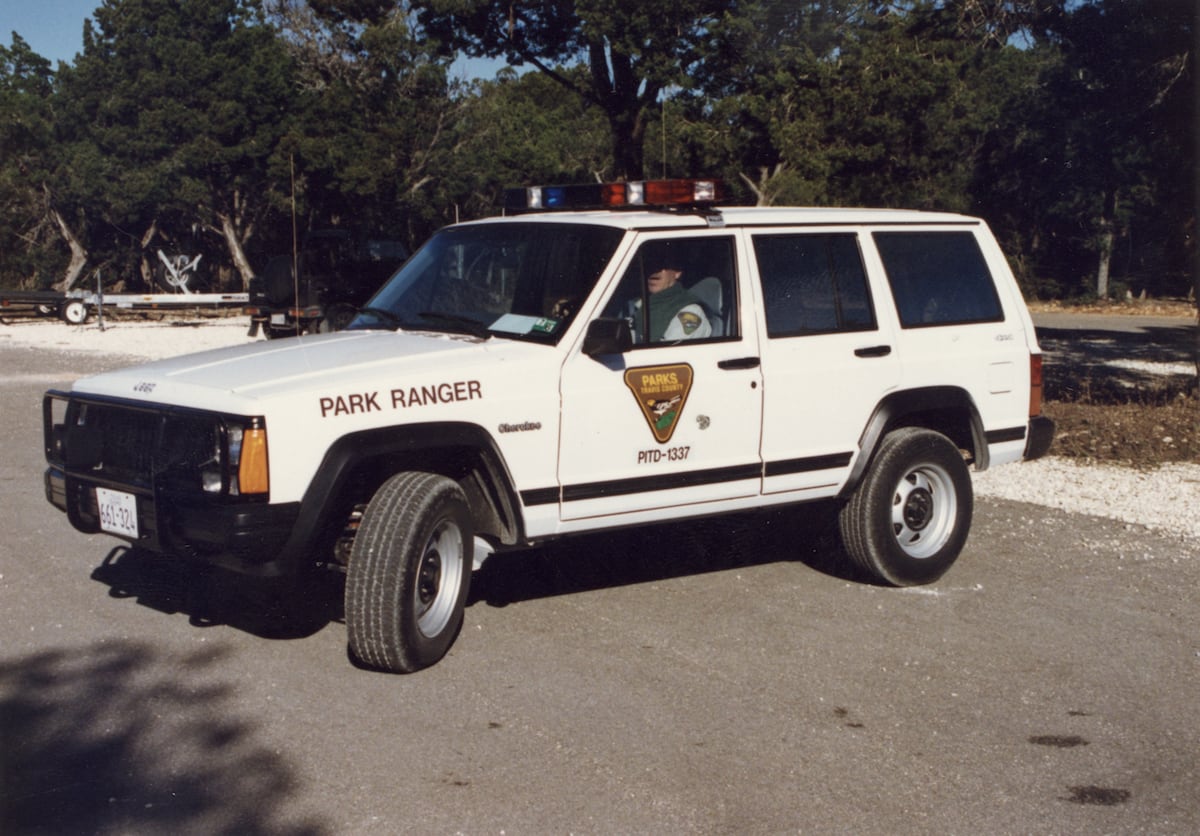 Travis County Park Rangers patrol approximately 14,500 acres of county-owned or managed park and preserve lands on a regular basis to protect visitors, the natural environment and park facilities. Established in 1994, the park ranger program has grown with the county park system, and rangers are now responsible for public and staff safety in over 30 parks and numerous preserve tracts.

Travis County Park Police Officers are responsible for the overall safety of visitors and staff, and for the security and protection of parks, preserves and open space lands that are County-owned or managed. Officers enforce State and County laws, educate visitors regarding park rules, patrol by foot, bicycle, vehicle, and other means, and when necessary, apprehend and arrest violators. With the exponential growth of our system and the Austin area, park officers find themselves performing law enforcement functions a majority of their time. Duties include enforcement of the Texas Penal Code, Lower Colorado River Authority regulations, the Texas Parks and Wildlife Code (including the Texas Water Safety Act), and relevant provisions of other Texas laws. 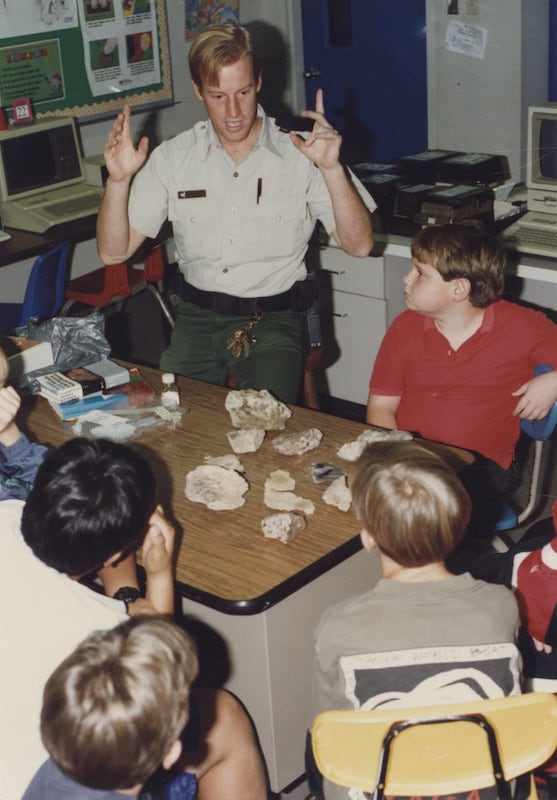 Park Officers do all the things that any peace officer might do. They conduct investigations, participate in search and rescue operations, provide for public safety, and perform emergency management functions, including working natural disasters and homeland security operations. They also assist other agencies (especially the Travis County Sheriff’s Office) by taking calls for service when deputies are far away or tied up on other calls, and they back up other agency officers on Priority calls, such as collisions, disturbances, and assaults.

On their lighter side, park officers present public programs, staff booths at events, provide park and area information to visitors, rescue injured wild animals found in parks, participate in park volunteer events, and get to know and appreciate the regular park visitors. 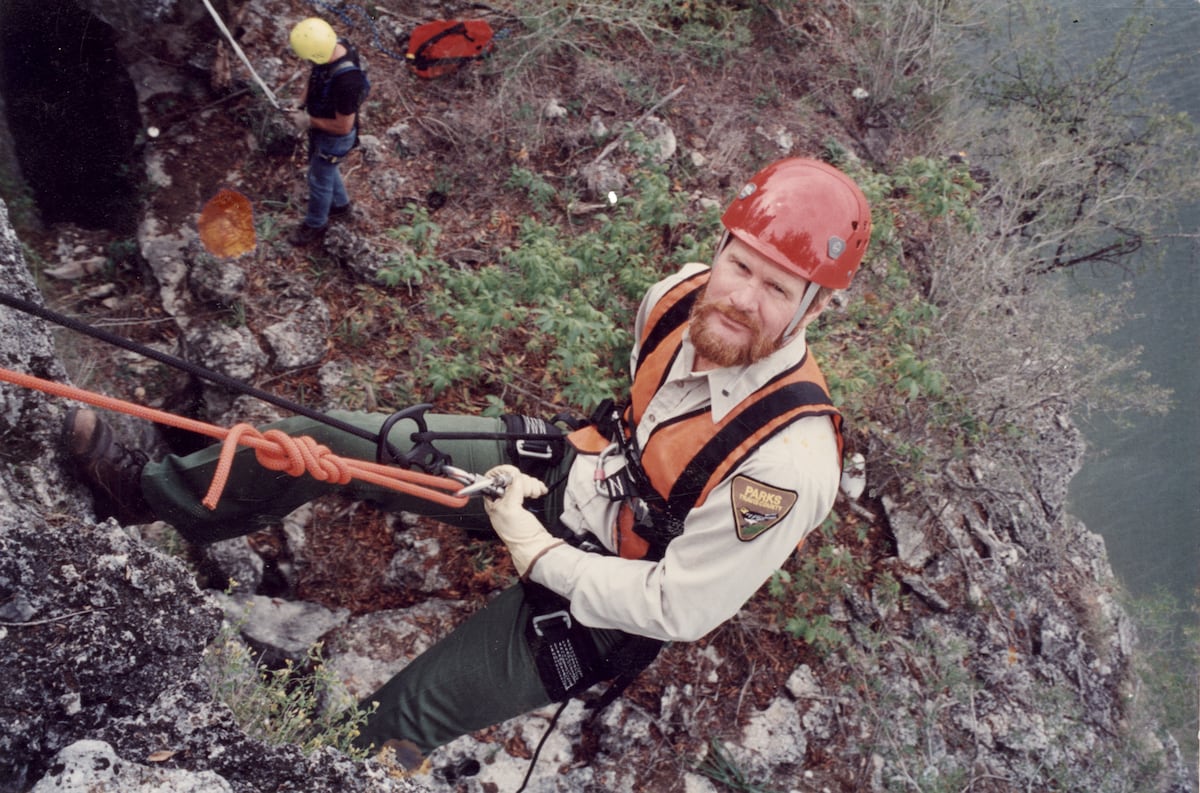 Land for Selma Hughes Park, Tom Hughes Park, Fritz Hughes Park, and Mary Quinlan Park is donated to Travis County. Management of the parks is the responsibility of the Commissioners Court.

Land for Allen Memorial Park is donated to Travis County. The park opens in 1978. 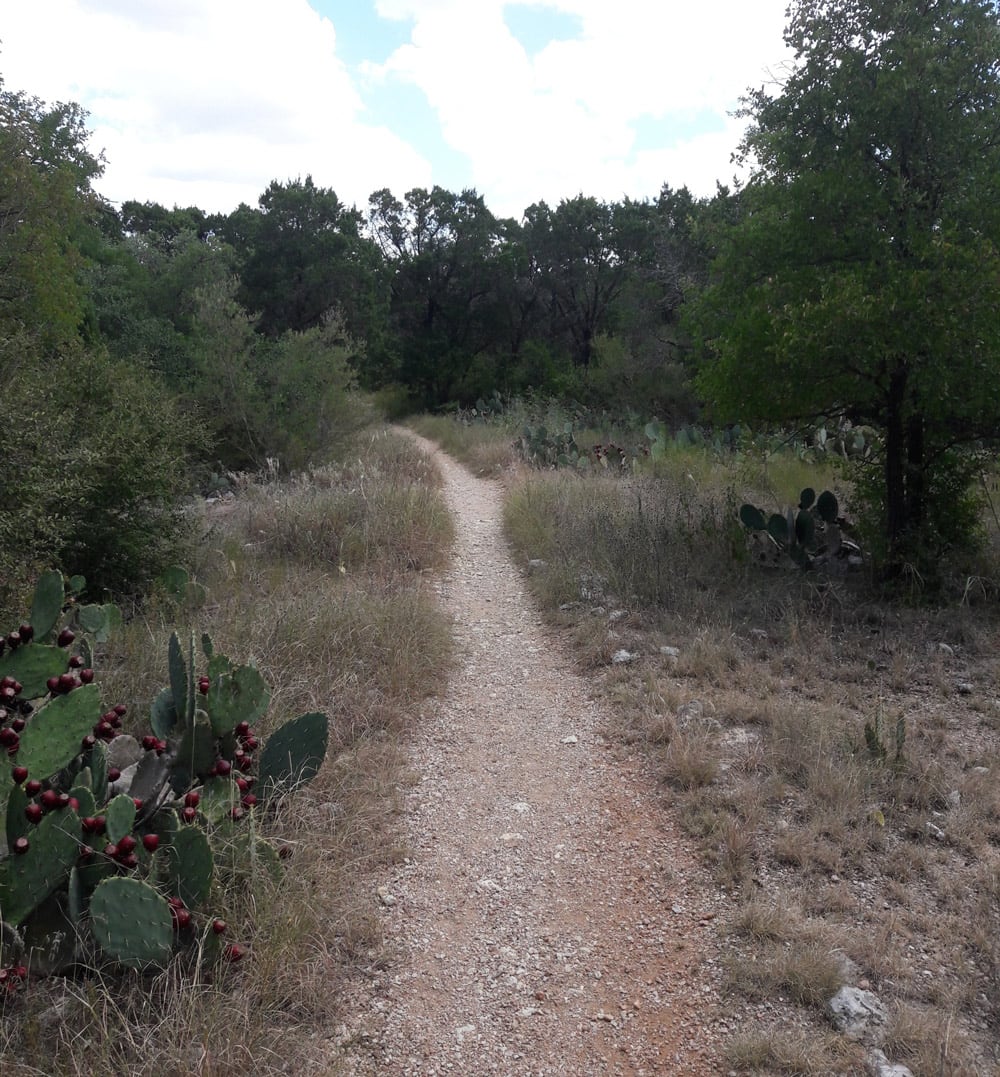 Land for Little Webberville Park is deeded to Travis County. 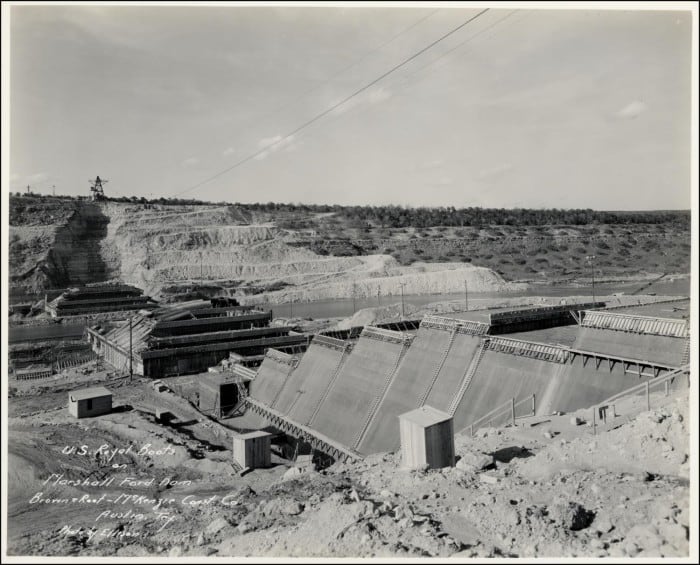 An agreement is reached with the Lower Colorado River Authority for the leasing and management of Pace Bend Park, Arkansas Bend Park, and Cypress Creek Park by Travis County. 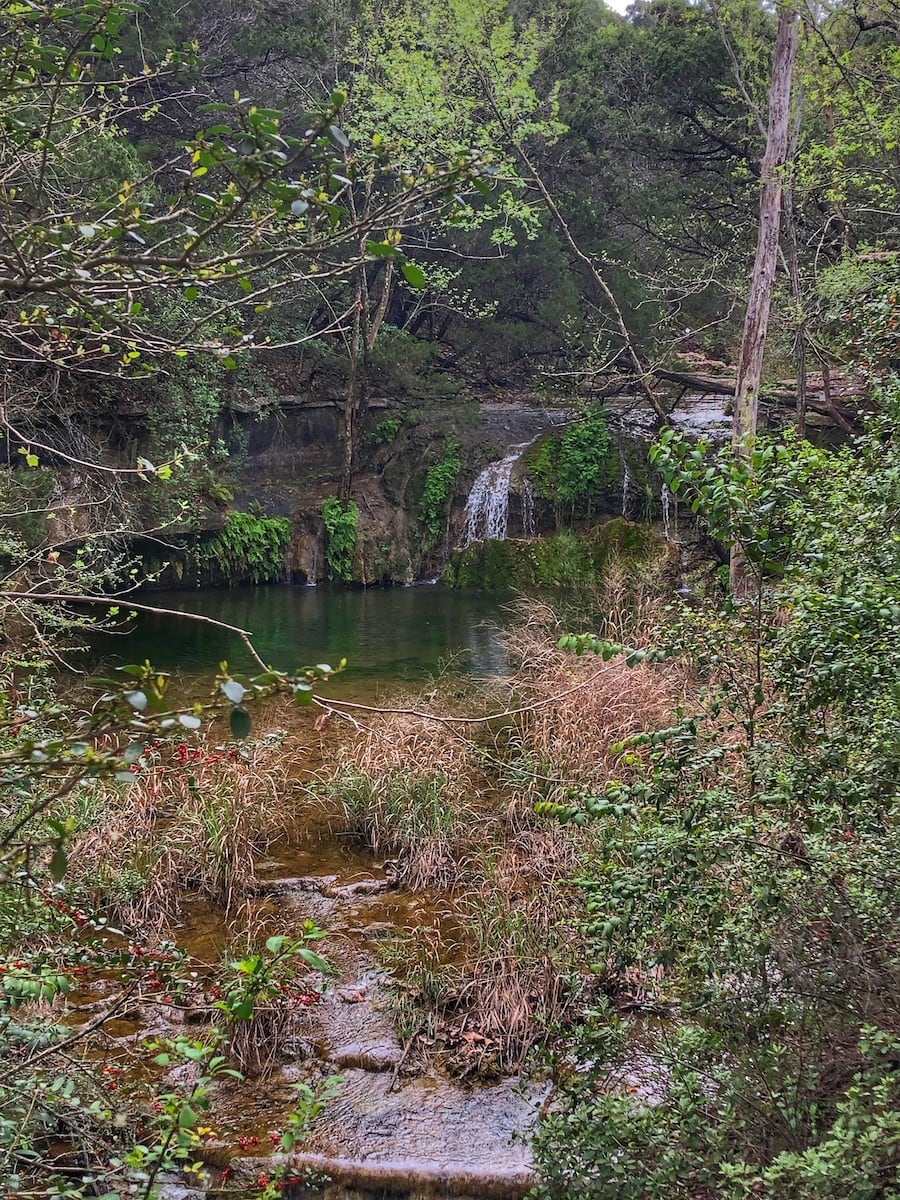 The land for Honeycomb Hills Park is deeded to Travis County.

Land is acquired by Travis County for the Del Valle Softball Complex and Webberville Park. 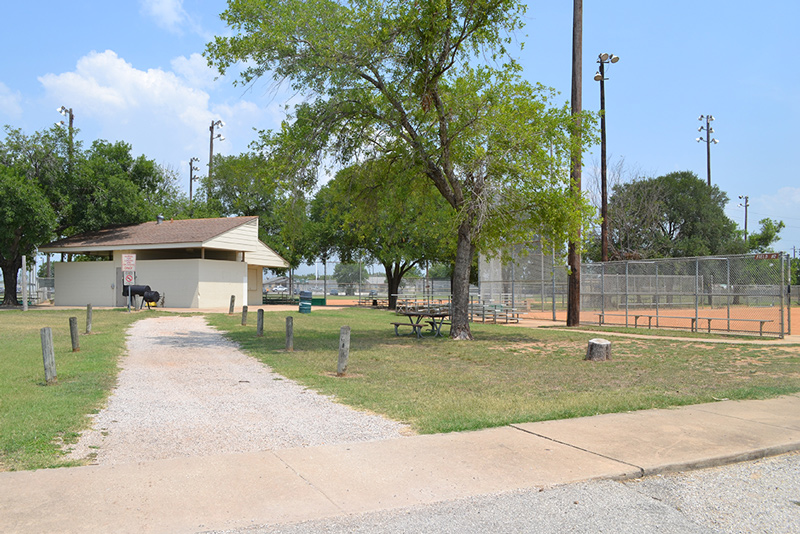 The Precinct Four Park on Burleson Road is opened. It is renamed Richard Moya Park in 1986. 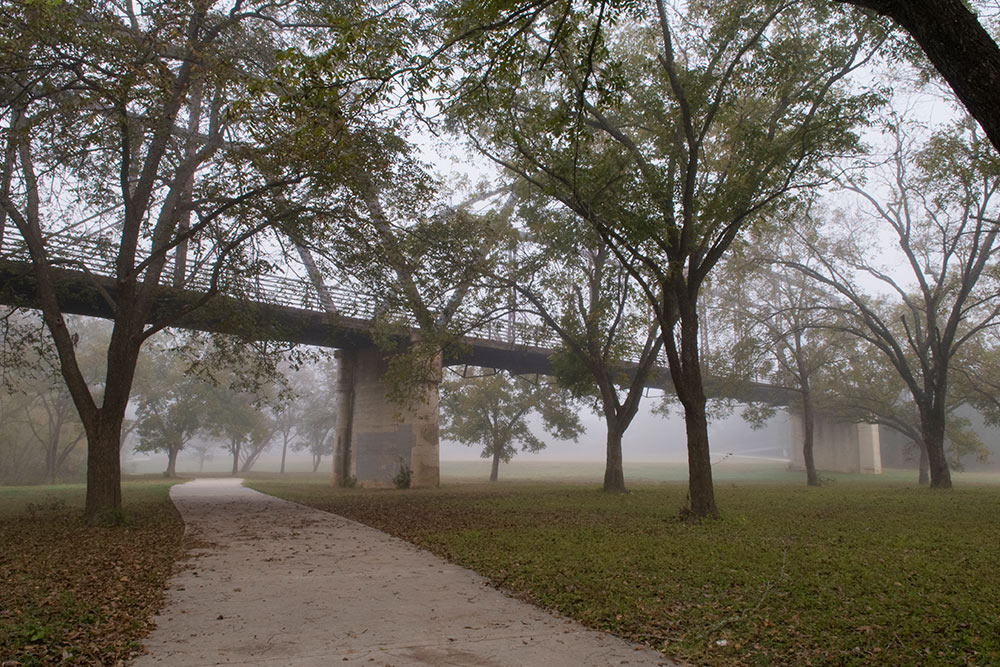 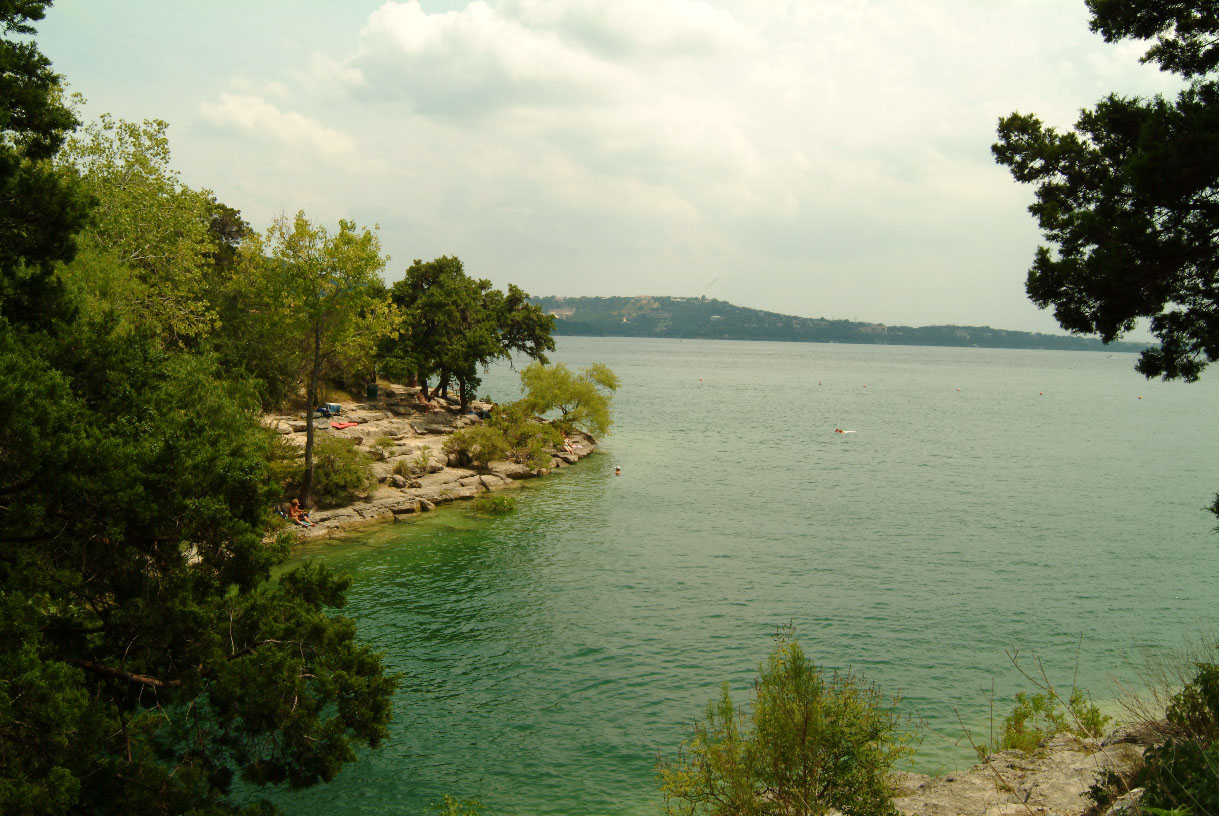 The land for Ben E. Fisher Park is acquired; the park opens in 1986. 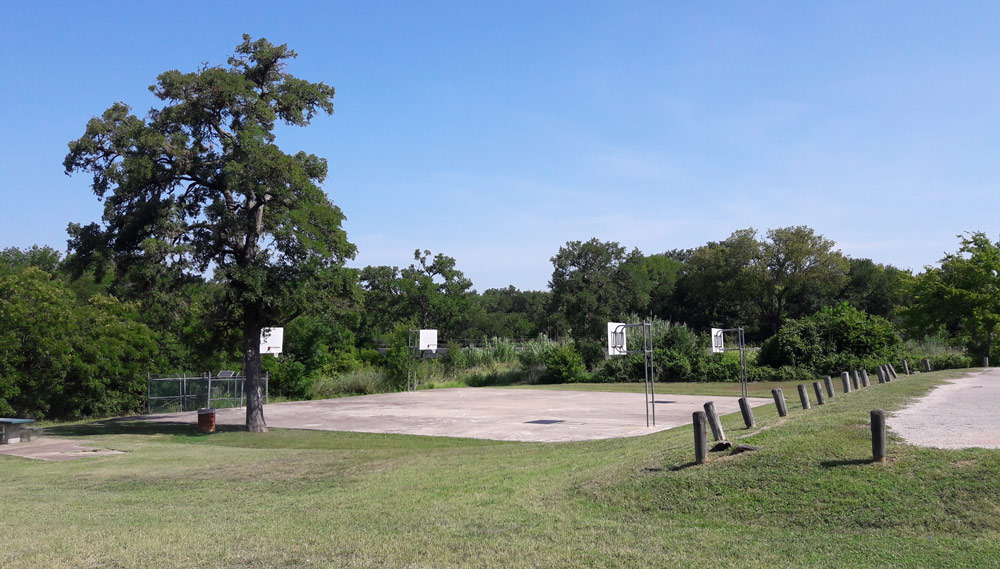 Hamilton Pool Park is acquired, later to be designated a preserve and become part of the Balcones Canyonlands Preserve. 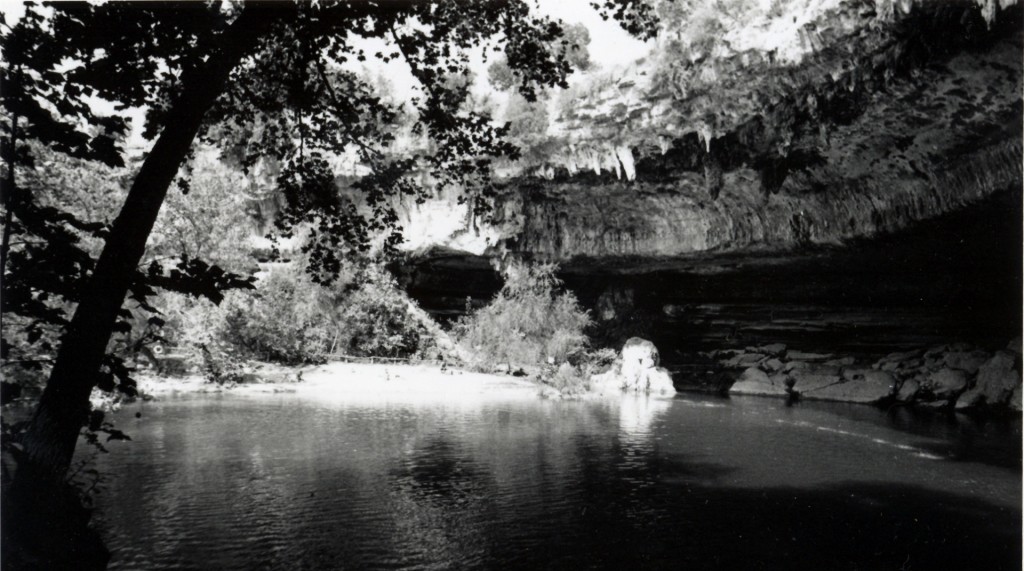 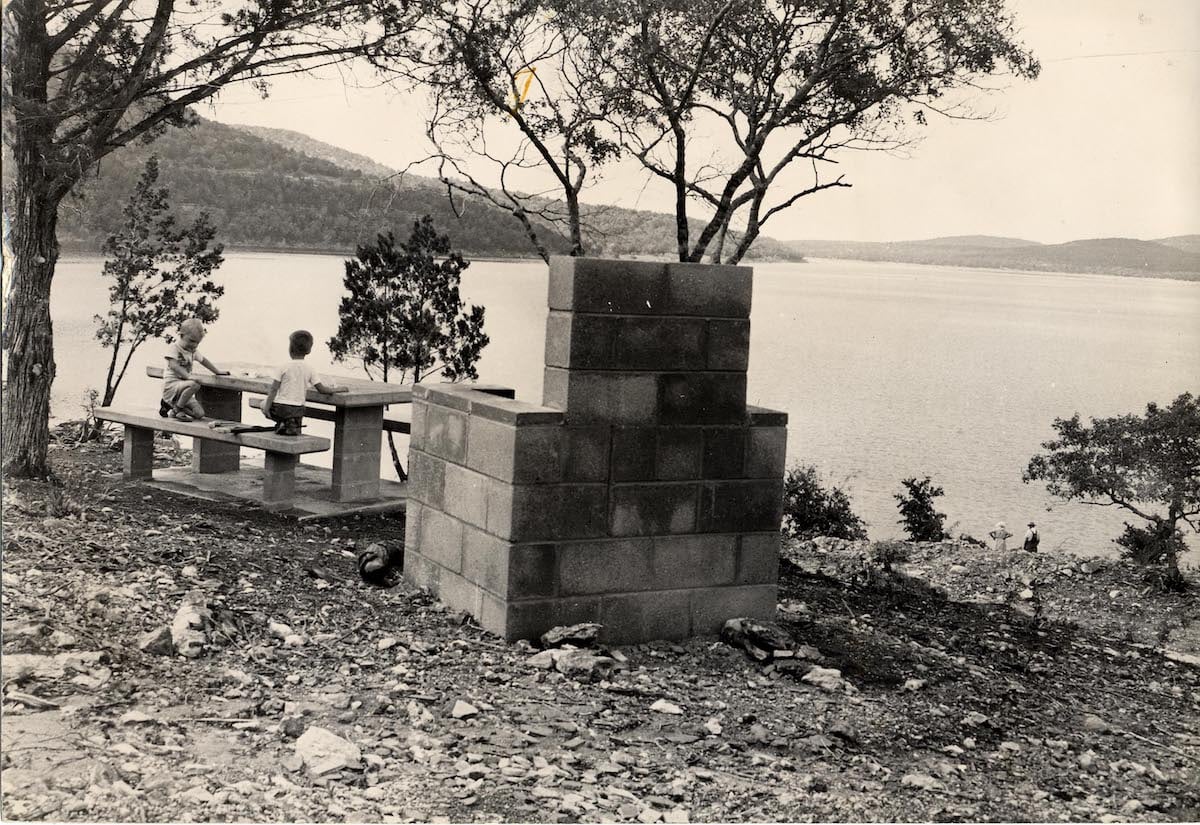 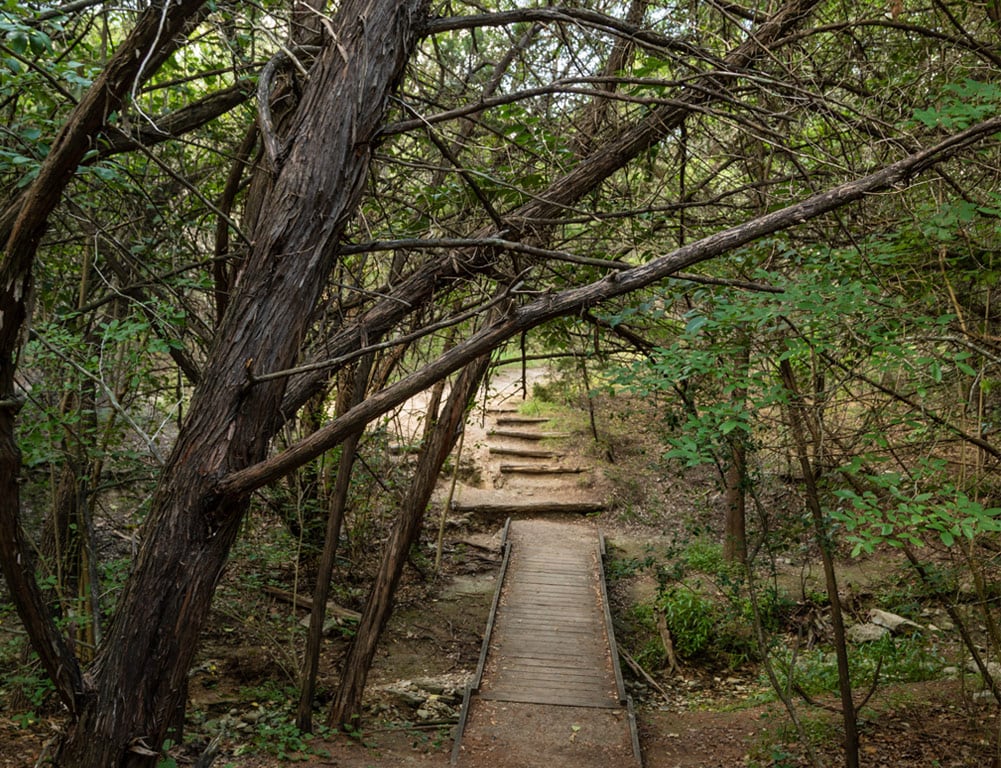 The Parks Department is reorganized and consolidated with the Public Improvement and Transportation Division (PITD), later known as Transportation and Natural Resources (TNR).

Use of Hippie Hollow Park is restricted to those 18 and older. 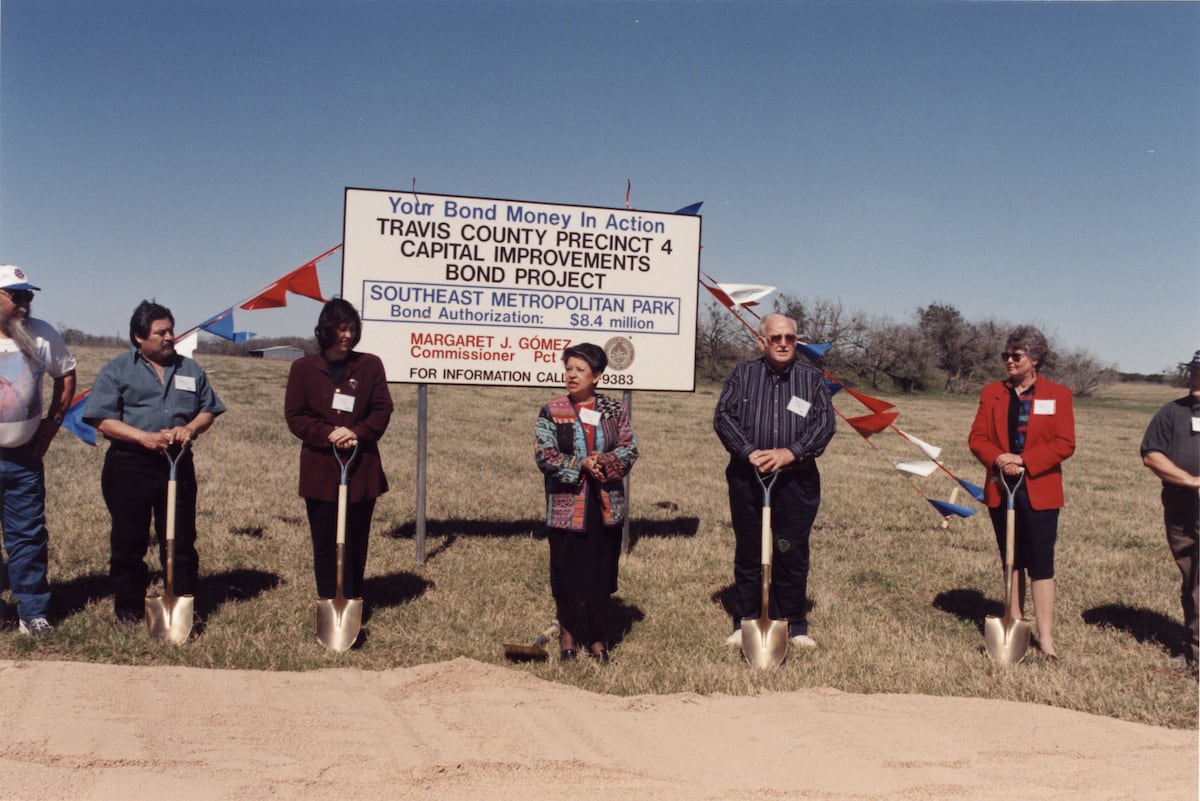 East Metropolitan Park is acquired. The park opens in 2006. 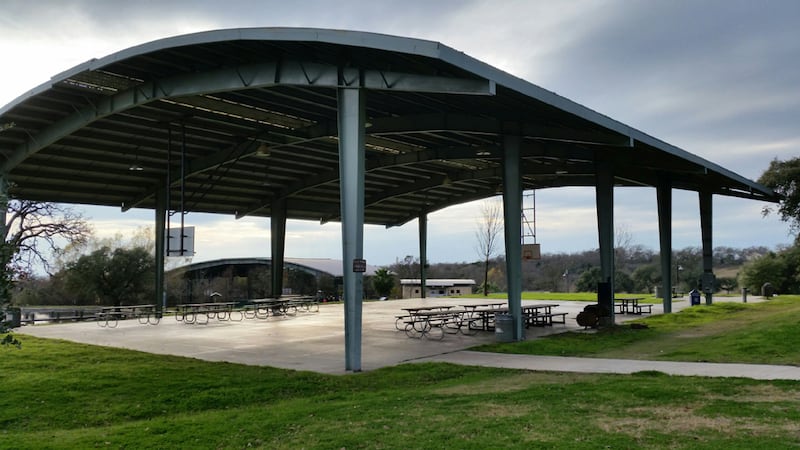 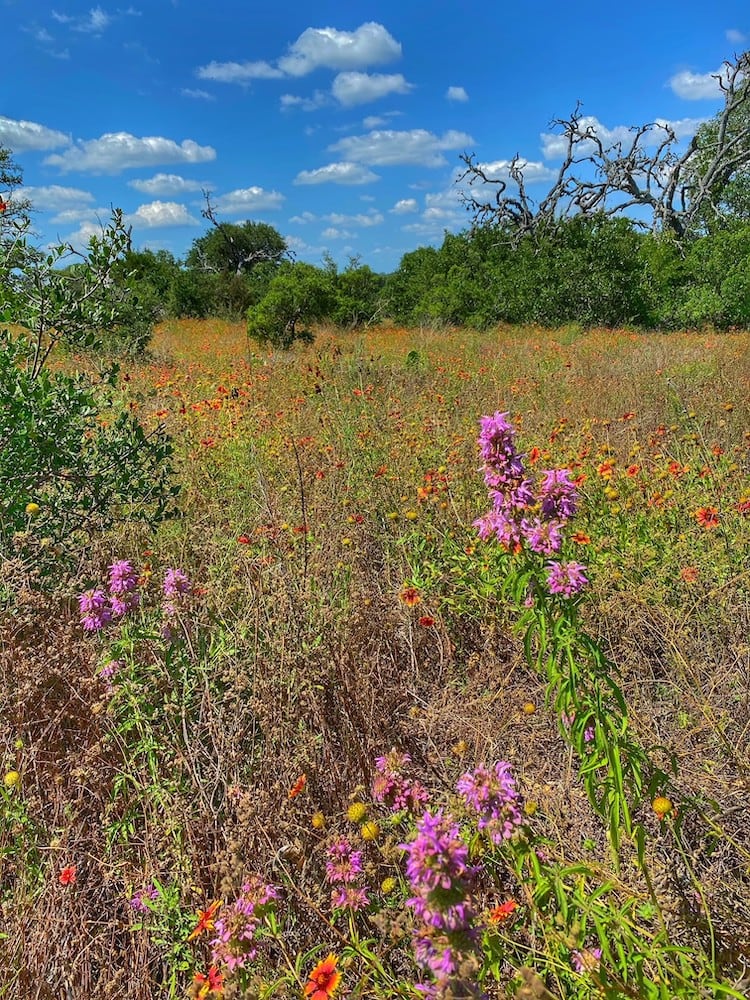 With voter-approved bond funds, development of river and creek corridors begins throughout the County.

Commissioners pass a rule banning the public consumption of alcohol in county parks.

Parks bond passage in support of acquiring parkland for river corridor and greenways, including the areas near Onion Creek, Wilbarger Creek and Gilleland Creek. 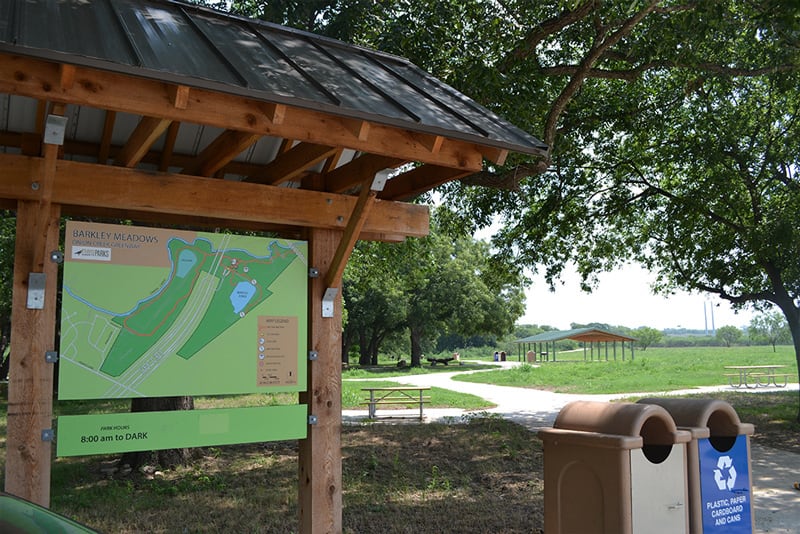 The Park Forestry Program, responsible for the management of trees and forests, is initiated.

Each park is listed below, click on the park name to learn about the history of that park.

Neighborhood Parks are small parks developed primarily for day-use. They are sited within or near a residential area and typically have picnic facilities, playgrounds, small sports fields and courts, low-volume boat ramps, or other facilities for individual or small group use. Travis County Parks does not actively pursue development of neighborhood parks and may transfer ownership of neighborhood parks to willing municipalities or other organizations for continued public use if appropriate. New neighborhood parks are ideally integrated into greenway and river corridor systems as trailheads connected to larger multiuse trail systems.

Community Parks are medium sized parks that accommodate both day and overnight use. They are developed for both moderately intense recreational use and conservation of natural areas. They serve multiple residential areas and may have picnic amenities, playgrounds, small sports fields and courts, moderate-volume boat ramps, beaches, or other facilities for mid to large group use. New community parks are ideally integrated into greenway and river corridor systems with trailheads connected to larger multiuse trail systems.

Metropolitan (Metro) Parks are large parks sited near rapidly growing population centers. They have both capital-intensive recreational facilities and natural areas. They typically have picnic facilities, playgrounds, multiuse trails, sports complexes, and special-use facilities such as a BMX track, swimming pool, or skate park. They are major anchors along greenways and are connected to larger multiuse trail systems. They are primarily day-use parks but overnight use is allowed by permit.

Regional Parks are large parks that protect and provide recreational access to significant or unique natural resources including Lake Travis and the Pedernales River. They may have both day-use and overnight facilities to support boating, camping, fishing, swimming, picnicking, hiking, biking, horseback riding, and other nature-based recreational activities. They may also have specialized facilities, such as an observatory, for nature appreciation and environmental education.

Connects other parks Connector parks are the lands between named parks along greenways and river corridors. They are typically maintained as natural areas or leased for agricultural uses and have well developed trail systems.

Land managed primarily as natural areas Preserves are established primarily for conservation of significant or unique natural or cultural resources and may have limited public access.