Travis County History Day is an annual event that celebrates the rich history of Travis County. Events are free and open to the public.

Thank you to everyone who was able to attend History Day 2019. Thank you to all our sponsors and partners for the event. For photos of History Day please check out our Facebook page. To get news about the next History Day and the archives, subscribe to our newsletter at the bottom of the page. 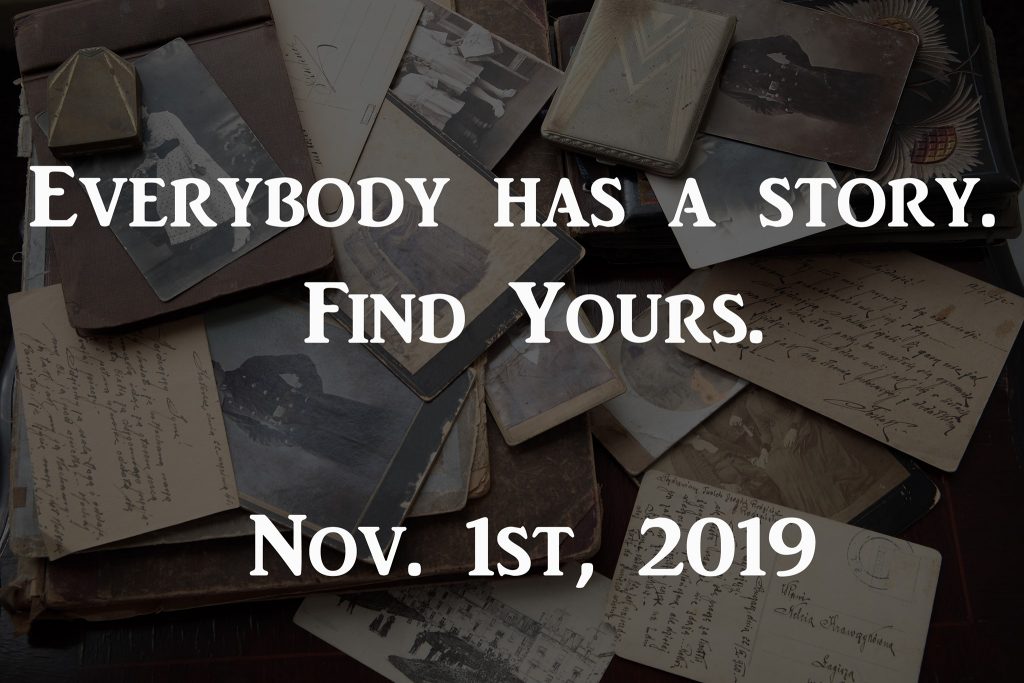 Everybody has a Story. Find Yours.

An introduction to genealogy research and genealogical resources in Travis County. A display of historic records and artifacts

The second annual Travis County History Day was held on Friday, August 7, 2009, in honor of our county’s namesake, William Barret Travis, who was born on August 9, 1809, and to commemmorate the establishment and formation of Travis County. The celebration was held from 11:00 am to 1:00 pm on the second floor of the Heman Marion Sweatt Travis County Courthouse. The event featured several speakers, video presentations, historical displays and exhibits, and the unveiling of a new informative brochure. We’d like to give a special thanks to our speakers: former District Attorney Ronnie Earle, noted author and historian Dr. Archie McDonald, and Director of the Texas State Library and Archives Commission Peggy D. Rudd. Thank you also to those who sponsored this year’s event, including the Travis County Historical Commission and the Austin Bar Association. View images from the event here. The third annual Travis County History Day was held on October 15, 2010, on the topic of Mexican land grants and the settlement of Travis County. The event was a great success, and featured a special presentation by Dr. Frank de la Teja, Professor and Chairman of the Department of History at Texas State University and former Texas State Historian. A new educational brochure on the topic was unveiled, and a variety of historical documents and archival records were placed on display, including early maps of Travis County, Mexican land grants and related materials from the Texas General Land Office, early Travis County deed and survey records, and biographies of notable settlers in the Travis County area. Many thanks to Dr. de la Teja; to Commissioner Margaret Gomez, who served as the Master of Ceremonies; to Galen Greaser and the Texas General Land Office Archives for their assistance with exhibits; and to the Austin Bar Association and the Travis County Historical Commission for their sponsorship of the event. 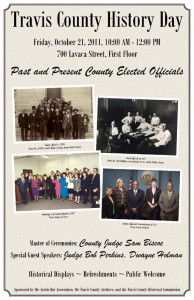 The fifth annual Travis County History Day was a success! Thanks to all of you who were able to make it to the event. Held on October 26, 2012, the event celebrated Travis County: Then and Now, by looking at the ways the county has changed over its history. The event took place at 700 Lavaca in the Commissioners Courtroom, with historical displays presented in the Hall of Government. History Day was preceded by a building dedication for 700 Lavaca led by Judge Samuel T. Biscoe, with remarks by Commissioners Margaret Gómez and Karen Huber. We would like to thank Commissioner Margaret Gómez for acting as the Master of Ceremonies for History Day and our two speakers, R.G. Ratcliffe and Dr. Jeffrey S. Kerr. Both Mr. Ratcliffe and Dr. Kerr presented riveting stories of early Travis County history.

We thank everyone who came out to celebrate our 6th annual Travis County History Day! Held on October 25, the event focused on the topic of Travis County law enforcement history and was a great success! The program was emceed by Commissioner Margaret Gómez and featured special speakers Doyne Bailey, Sheriff of Travis County from 1981-1992, and Mike Cox, historian and award-winning author, who shared stories and their personal experiences with law enforcement in Travis County. Exhibits in the Hall of Government featured a variety of display boards, photographs, and artifacts, including uniforms, patches, and badges from the Sheriff and Constable offices, contraband items from the Travis County Jail, motorcycles, and even a 1930s Tommy Gun from the Sheriff’s Office. Video displays included a virtual tour of the old Travis County Jail on top of the Courthouse, photographs, and video of blues musician Freddie King playing in the Jail in 1976. Travis County History Day was generously sponsored by the Austin Bar Association, the Austin History Center, the Travis County Archives, and the Travis County Historical Commission. We sincerely thank these sponsors for their commitment to helping put on a successful event year after year. We also thank the Travis County Sheriff and Constable Offices, former Travis County Sheriffs, and the Sheriffs Association of Texas, who contributed items to the exhibits. Special thanks is extended to Chief Deputy Jim Sylvester, who has completed an extensive amount of research on the history of the Sheriff’s Office and was an invaluable contributor and resource in gathering much of information, photographs and artifacts on display. Please visit our FlickR album to view photos of the event, and like our Facebook page to keep informed of future events! 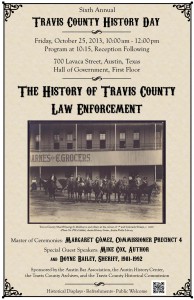 The 7th annual History Day was in celebration of 100 years of Extension Services in Travis County. Held on October 24, 2014, we thank everyone who joined us in learning about and celebrating these valuable services that have touched the lives of so many in our community.
Remembering Our Rural Roots
Travis County today hardly resembles the small community on the edge of the frontier it once was. Established in 1840, the county’s population at the time was mere 856 residents. This number grew rapidly in those early decades, and although the population of the city of Austin grew faster than the county, most residents lived in small communities outside the city. By 1890, Travis County’s population had grown to approximately 36,000 residents, less than half of which lived within the city of Austin. Even though Austin’s population continued to grow, by the turn of the century the majority of the county’s residents still lived on farms or in smaller towns, and agriculture dominated the area economy. Such rural and agricultural-based communities were in mind when Congress approved the Smith-Lever Act in 1914, a federal law that established a nationwide cooperative extension service and provided for state-based agricultural services to benefit farms and communities. Extension services were essential in educating citizens and teaching skills in a variety of disciplines, to improve and enhance the quality of their lives. Even as the population within Austin surpassed the number of residents living in the county’s outlying communities, and as Travis County gradually transformed from a rural community to an urban one, extension services played an important role in the development and betterment of Travis County and its residents. With programs such as 4-H, horticulture, agriculture and natural resources, family and consumer sciences, residents had access to valuable information and resources that helped improve lives. 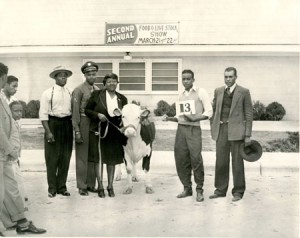 We would like to thank everyone who attended the 8th annual Travis County History Day and made the event a success. Held on October 16th, the event focused on folk art and Travis County’s cultural heritage. The program was emceed by Commissioner Brigid Shea and featured speakers from the Austin Friends of Folk Art, including AFFA President Gloria Mata Pennington and members Ed Jordan, Jean Graham, and Dagmar Grieder. Musical performances were provided by the Melancholy Ramblers and the Fabulous Bureaucats and a clogging performance was provided by Contemporary Cloggers, led by Deborah Duckett. Exhibits in the Hall of Government showcased a variety of folk art and craft work from different local cultural groups and international artists. We would like to thank the following people and organizations that provided exhibits:

Travis County History Day 2016 was held on Friday, October 28, 2016 at 10am in the Hall of Government at 700 Lavaca, Austin, TX, 78701. The theme was on Travis County alumni, celebrating the work and legacy of previous Travis County employees. For a recap of the event, please read this blog post.

Thank you to those who were able to make it to Travis County History Day 2017! This was our 10th annual history day and was a success!  You can also check our Facebook page for future updates on history day. A flyer for the event is below. 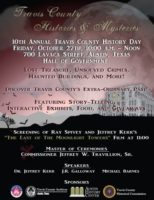